Correction to my last update 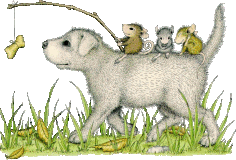 I got some of the dates messed up. She's seeing the Radiologist on the 11th, the MRI on the 12th and her Oncologist on the 17th.
So much waiting, would drive a saint to drink! I swear!.

I just spoke with my sister tonight. The Dr switched her pain meds on Wednesday and she's been in so much pain since then she went back to the ones she was using before which worked.

Her breathing sounds laboured again, not quite as bad as it was a couple of weeks ago, but still not good. Her voice sounded a bit more normal this time though. She gets tired easily and out of breath even faster. She spoke to her boss this week past and since she has benefits where she worked, her boss is applying for long term benefits plus he's going to pay her the difference between what the benefits pay out and the salary she was making. That's really decent of him.

My brother surprised her with a new addition to her family of pets. They have a cat that belongs to the kids, a couple of love birds but no dog. My brother presented her with a gorgeous collie/lab mix 12 week old female. She has more collie in her than lab and my sister fell in love with her. As she told me, the puppy is giving

her an excuse to get up and something to care for, so she keeps her busy in a good way.

Now for the Adamas shawl update. I'm halfway through the last repeat of the 2nd chart and then all that will be left is chart 3 which is 10 rows. This is going to be one big warm shawl, but that's what my sister asked for.

As soon as it's off the needles, I'll post pictures of it.

Spring is in the air! Or at least I hope that's what I'm smelling...
Posted by MarieAnge at 8:22 PM