To continue on the same subject of why I haven't posted since the 12th... 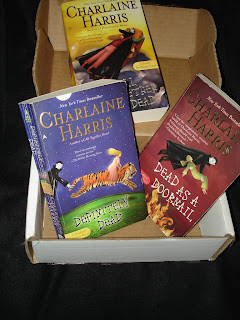 2 weeks ago, I received more books from my dearest friend in Chicago. I so appreciate these books. They are an awesome series as I've mentioned before. These will go on my cherished books shelf.

Last weekend, a very special friend gave us a gift of money to cover the purchase of my insulin and testing strips. Without that heartfelt gift, I would be out of meds now. So this more than anything else has made our Christmas special. She knew how bad things were for us financially and after praying with her family, a concensus was reached that we would receive a gift from them. I sincerely hope one day to be able to repay this gift in one form or another.

Then my daughter and her husband surprised us as well. I knew they had rented a car to go visit her husband's family for an early Christmas dinner since they'll both be working around Christmas. What I didn't know was they were planning on dropping by on us on their way back home this past Tuesday night. It had been mentioned, but not really finalized, so this was a really cool surprise. How much of a surprise, I didn't realise until they picked me up from work.

We headed back to my apartment to drop off bags and pets since I was told we were going grocery shopping. I thought it was for dinner that night since we didn't have enough out to feed 4 people. My husband came along leaving my son in law to care for the kitten and canary they had received as part of their Christmas presents from his family. Gambit was rather curious about the kitten which was odd in itself since he usually does not tolerate anything with fur or feathers to enter his domain. More on kitten later. 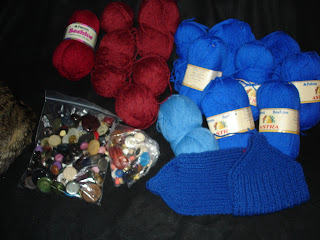 So off we went to the grocery store where my darling daughter informed us that part of our Christmas present was groceries! What an incredible godsend that was for us. We picked up groceries to last us a month, plus fixings for dinner that night. She even got us a Charlie Brown Christmas Tree! which is perfect for our small apartment. We had roast beef with herbed potatoes and steamed asparagus with lemon butter sauce. Dinner was delicious!

While supper was cooking, my darling daughter starts handing out presents! Something we were totally not expecting. She sits 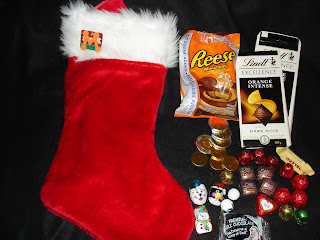 down and looks at the bookshelf and says, hmm.... bookshelf. I didn't clue in at that point why she was saying that until my husband pointed out there were stockings hanging from it! Wow, blind or what LOL We opened our stockings to find chocolates, and 2 bags of assorted buttons in all shapes and sizes in mine. Then came wrapped presents, the first of which was a brand spanking new router!!! since ours had died and reduced internet access to one computer which really sucked.

I received 2 bags of lovely partially recycled yarn (8 balls of dark red and 10 balls of blue), some foam squares for blocking knits and books as well. My darling husband got some fleece pants, books, and more chocolates! I've always loved For Better or For Worse. 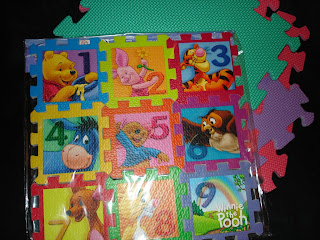 And both my husband and I absolutely go gaga over Calvin and Hobbes. We didn't have that one book so this was an absolute treat for us.

I had put my daughter's present on hold since I needed her to try it on for final adjustments. I made her a cat ears hairband and a furry black cat bikini. The bikini top was fine, but I needed her to try on the bottom to make sure I had enough rows to cover the important bits. She was ecstatic when she realised what she was trying on. I'm really happy that I got to 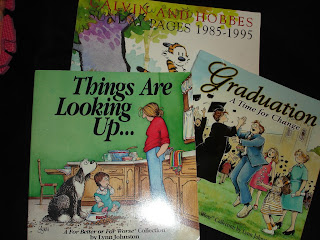 see her wearing it since if I had gone by the pattern, it would have been too short. Once it's completed, I'll get her to pose wearing it :) She plans on wearing it with a body suit to the next sci-fi convention.

For her husband, I checked with him on some manly cabled wristwarmers in black and a watchcap in black as well. So those are next on my need to knit asap list.

We played with their new kitten, ooh'd and aah'd over their new canary. My daughter already has one canary and this was to replace the one that their cat had mistaken for a canape.

Overall, it was the bestest Christmas ever! 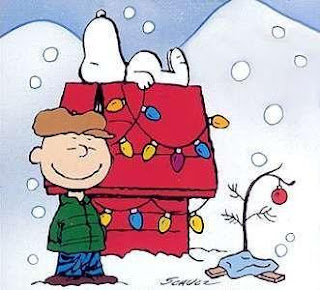 Posted by MarieAnge at 6:50 PM

What a wonderful day you've had! I'm so glad you were able to spend some time with your daughter for the holidays. I've been thinking about you!