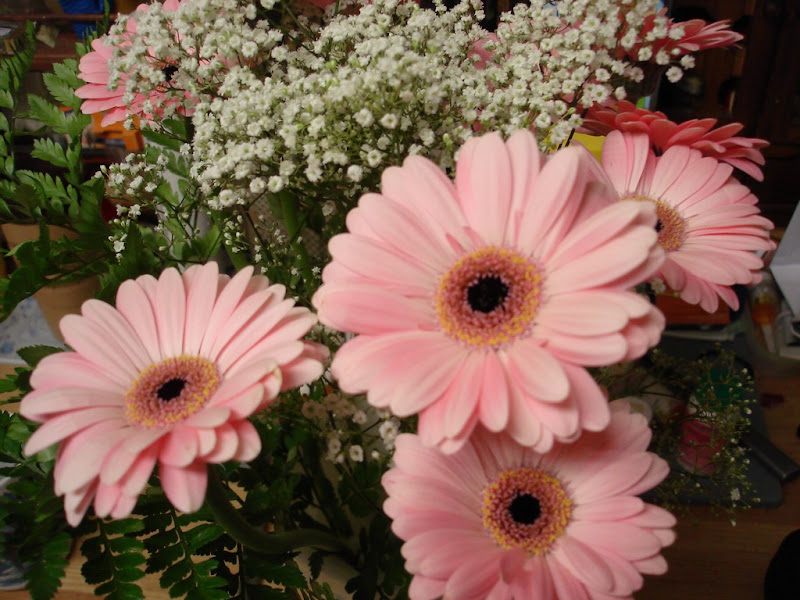 Earlier this week, a friend dropped by to see how I was recovering from the bout of acute bronchitis I came down with several weeks back. She brought me these gorgeous flowers to cheer me up. I am quite amazed that after almost a week, they are still as gorgeous as the day she brought them.
Today was an absolutely lovely day. My darling husband who for once was relatively pain free from kidney stones decided to take me out to lunch and Walmart. Since my birthday is Tuesday, he told me to pick out a few things for myself that I wanted for my birthday. Knowing how small our budget is, I went for the things I can use over not so useful items.

First thing we did after we got off the transit bus was head over to A & W. An old favorite haunt of mine, hubby being Belgian had not been to one of these in his youth. I introduced him to A & W rootbeer not long after he'd landed in Canada, but only introduced him to the burgers and fries a few years ago. Thankfully he fell in love with the place just as much as I like it. So my birthday lunch was, of course, A & W! 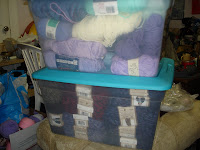 Then on to Walmart where I picked up 2 bins to help store the growing stash. I have my daughter to thank for that since she found a store where she lives that was selling Bernat Solo for .99 cents a ball! She went to town and bought me enough to fill a bin! The second bin is for storing all the lovely yarn she finds at local secondhand stores where she lives. I also picked up 4 DVDs (on sale at 2 for $10) Rain Man, Dances with Wolves, Spiderman and The Princess 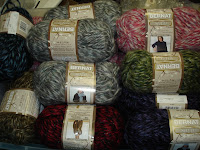 Bride. Yes I know, girly movie but I like it and Jean Ferré, aka André the Giant, is in it. A WWF wrestler from a long time ago, and yes, I was a fan.

I also picked up, Just After Sunset by Stephen King, one of my favorite authors. The book is a compilation of recent short stories. I've always liked his short stories as they have always been a fast get to the point read as opposed to his books which sometimes tend to drag on a bit too much, as if he's not sure how to bring the story to an end. I know, Stephen King fans are beating at the door, but I am only being honest in my view of his writing. This doesn't by any mea 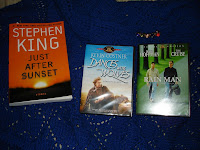 ns say that I don't like his novels. On the contrary, I have read every one of them as well as some of his biographical works. One of my all time favorite novels is The Stand. His apocaliptic view of north american society, man as a race, the battle between good and evil is a must read. I have read both versions, the 1978 original and the 1991 re-release which is an unabridged rewrite of the original since he updated the scenario, reinserted approximately 400 pages that had been cut in the original and changed the setting to 1990 from 1980. 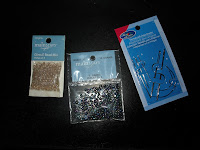 I headed over to the yarn department (one side of a short aisle) Didn't see anything that excited my knitting or crochet mojo and moved on to the craft aisles to check out the beads. Last time I was at that particular Walmart, they had E-beads, not a lot but maybe 10 or so colors and styles. This time, there were all of 2! and they were the last 2 bags. The pale ones were .99 cents and the dark purplish/bluish ones were $1.29 or something like that. I also picked up some nice darning needles, the ones with the flattened tip and a few half rounds for those hard to reach places that need to be seamed when you're assembling amigurumi pets or toys.

I've also been working on finishing my da 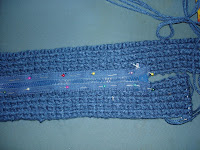 ughter's hoodie. As you can see from the picture, I've been sewing the zipper to the bands that will be attached to the front of the hoodie. I figured might as well sew it on the bands instead of waiting until the bands are sewed to the hoodie. Less bulky this way and since the temperatures are climbing, 20C today, it's a lot cooler if I have 2 bands resting on my legs instead of an entire thick warm hoodie on there.
Posted by MarieAnge at 2:46 AM

Wow!!!! That's a great daughter to support your habit! She did well choosing yarn too. :) I had a great time today, and I like your idea to have coffee once a month or so. :) Happy birthday tomorrow!!! samm