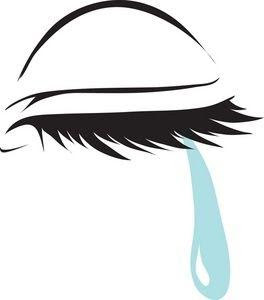 Now that I have time again, I thought I'd post. So here I am, 4 months after my last post dancing about getting the job of my dreams... How time has flown.

Update on the job of my dreams... turned out it wasn't the dream job I wanted. I should have known right from day one when I found out I would be working for 2 bosses from 2 departments. It might have gone better if they had not competed for my work to the point that I felt like the baby that King Solomon threatened to cut in half.

And to add insult to injury, one of my bosses turned out to be quite abusive. Didn't matter what I did, it wasn't good enough. She yelled and cussed at me pretty well daily. I didn't dare say anything because we needed the money badly and the job came with a health plan. Whee!.. yeah..right... not worth the abuse.

Last Monday, I worked late getting a powerpoint presentation printed and bound for one boss. (the one who was never satisfied) She lets me in on a "little secret"... that the other boss has been gunning to get rid of me... ."Oh wonderful" I think to myself. I've reached a point where I'm tired, emotionally and physically of all the crap getting thrown at me, so the next morning I face the other boss and ask her why she wants to get rid of me. She gives me a blank look and asks me where the hell I got that from. So I tell her, she flies into a rage and goes into my other boss's office and all hell breaks loose. I'm asked to go in the office, the one who told me the other boss was gunning for my dismissal denies ever saying that and it just goes downhill from there. Wednesday morning, the axe fell. I was dismissed. Never got a chance to defend myself, explain, etc.. just out, immediately. Talk about a slap in the face. Like I said, should have known that nothing good would come of this, working for 2 competitive bosses. Lesson learned.

Why can't I get a break? Doesn't matter what I do, I always end up on the losing end. What's wrong with wanting a decent job with decent money so we're not struggling from pay cheque to pay cheque? Seems that I always have to give things up, as if I can't have more than one part of my life that's happy. It's always a struggle for me and I'm tired of the constant fight to even have just the basics of life. I have a wonderful loving husband who is plagued with health problems that can't be healed. I get the wonderful job that on the surface looked like this was it, but turns out to be a pile of crap on a fancy cracker. Mind you, looking for work a week before Christmas is not what I'd call optimum time but I don't have a choice. Don't want to end up on the street. Scary when you realise you have very little to go on. Merry frakking Christmas to us. :(

Hey, at least I can get caught up on the housework. The apartment looks like it should be declared a disaster area and get federal funding. The only thing that I managed to keep up with tenuously during the weekends while I was working were the dishes and the laundry. The rest kind of slipped away from me. I was too exhausted to do much of anything on the 2 days I was off. I'd get groceries when we were low, dishes and laundry, get the recycling out and that was it. Even switched to disposable paper plates to lessen the dishes that needed washing, sad huh.

Doesn't help that my neuropathy kicked into high gear, preventing me from sleeping decently which meant I'd wake up tired and have to drag my way through a hectic work day with feet and hands sending my brain phantom pain messages strong enough to make my foot or hand jerk in response. The stress I was under didn't help my diabetes either with blood glucose readings yo-yo'ing from one extreme to the other during the same day. I know, you're probably thinking now that I'm better off without this job. I agree, but we need money to survive which means I have to work.

The last couple of months were so bad, I couldn't share with my darling husband since he had his own beasties to battle. His blood pressure climbed to scary heights for no apparent reason about a month ago. He gets palpitations, racing heart beat and never seems to be warm enough. He's on blood pressure pills which were upped but that didn't seem to help in the first few weeks. He's still getting a high bp reading and we still don't know why. 153 over 96 is NOT normal! A heart rate over 100 beats/min is NOT normal! And this is while he's just sitting there, never mind what happens when he climbs a set of stairs or tries to do any kind of physical work! Add to that chronic kidney stones and now you know why I couldn't share what was going on at work with him. Last thing he needed to hear was that I was struggling trying to keep a job that wasn't working out.

In other news, I haven't stopped knitting or crocheting. With a 5 hour round trip daily commute, I knit/crochet my way through hats, scarves, wristwarmers, Halloween decorations, slippers, cowls, anything small and portable. Some I took pictures of, most I didn't and gave them away. I know, silly of me not to take at least one picture!

Currently working on presents which I intended to send to family. I'll keep making the items, but they'll have to wait until I'm working again before I can send them out. At least I don't lack for yarn thanks to my wonderful daughter and friends.

I also created a slouchy hat pattern that I like well enough to wear it myself! It's a nice big slouchy beret. I hate tight hats and since I wear my hair in a bun most days, a regular winter hat didn't fit well or was too tight.

On my needles, I have a neck warmer for my husband. I'm using Bernat's wool blends in the off white colorway. I really liked the owl hat pattern I'd used in the past and thought it would make a very nice neckwarmer.
Posted by MarieAnge at 1:15 PM