My sister, My hero 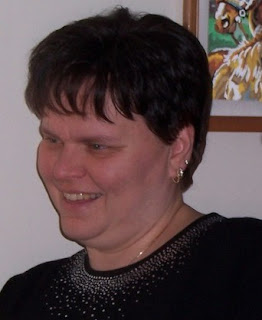 I know the title is corny, but how else can I explain my sister.
Six years ago, my sister in her early 30s felt a lump in her left breast. This led to an appointment, a scan and the eventual news of an extremely aggressive cancer that took her left breast and the glands under her arm. After several rounds of chemo and pills, she was declared clear of the cancer. Slowly life began to seem normal again and the memories slowly faded to the background in her busy life with 2 growing kids, a job and her fiance.

Last year, as a preventative measure since cancer has a nasty habit of reappearing after the first 5 years, she had her uterus and ovaries removed. Only then did the Dr realise that she had a large cancerous tumor on one of her ovaries, the size of a dollar coin. Bone scans, MRI, blood work all showed her as clean of cancer.

Mid December, she feels awful, coughing, and finally goes to the Dr. He diagnoses a cold or at most a flu with whichever bug is going around her area. Prescribes medication and tells her to come back a week after the meds are done if she's not feeling any better.

New Year's, she back to the Dr. She doesn't feel better, she feels worse and now her back hurts and the cough is dry and deep. He has x-rays taken, and comes back with the news that she may have pneumonia or the end of one and prescribes her 2 puffers and antibiotics with the same adjunct of come back in a week after the meds are done if she's not feeling any better. The back pain is blamed on the coughing. She's back 3 days later since she developed a reaction to one of the puffers and developed thrush in her mouth. So back home she goes with a new prescription to treat the thrush plus the rest of what he'd given her before to finish up.

Last Tuesday, she's back at Emergency, she can't catch her breath and sounds like she's been running a marathon. The Dr takes more x-rays and they discover a mass in the bronchial area where the lungs split, a mass on her spine just above her bra strap between her shoulder blades and spots on her liver and lungs which are more than likely tumors. The reason she can't catch her breath is the mass in her bronchial area is closing off her ability to breath and the mass on her spine is making it hard for her to swallow food or keep it down.

She's home for now, but is going to see her Oncologist in the city today. I hope he has good news for her instead of what I fear he will say.

I spoke with her at length on Thursday night. I spent most of the call reassuring her, that she's strong, and she can fight whatever comes her way just like last time. I also spent most of that call crying silently in my heart for her. I wish we lived nearby, I could hold her in my arms. I asked if there was anything she'd like from me that would help her. She asked me to knit her a shawl in her favorite color; royal blue. As soon as she said it, I already knew which pattern I was going to use for her shawl.

The Adamas Shawl from Mimknits. Adamas being the Greek work for diamond, indomitable, unbeateable. It suits my sister to a T. She is the strongest person I've ever known and this shawl was made for her. Each diamond is followed by a heart and with each stitch that I make, I think of her and pour my love, hope, courage and strength into the shawl and hope she can feel my arms when she wraps it around herself.
I will also be knitting her a cap in green for hope. I may even include one in some funky yarn just for fun and hope it makes her laugh.

My sister, my hero. What more can I say but that she is a strong woman, a survivor.
Posted by MarieAnge at 8:52 AM

I am so sorry to hear this Angel. It must be so hard for you to be far away from her. You and your sister are in my thoughts. I think the shawl is a good idea. Do you need anything? I'm here if you do :)