Who is Dr Who?

Well, it's official, the new Doctor Who was announced. The eleventh in 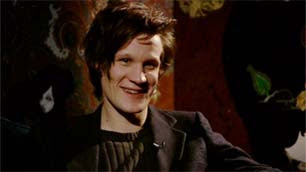 carnation of our dear Doctor will be played by a complete unknown, Matt Smith. He is also the youngest actor to ever play the doctor since the series` inception in 1963. His acting background is theatrical which should make it interesting to see how he deals with the sets and various plots. He has done some television acting with the Party Animals TV series on the BBC being is biggest role.
I just hope that he will be just as memorable in his performance of the Doctor as previous actors have been. He will likely bring a new twist to the character. I noticed that the last 2 doctors were evolutions on the previous doctor. Eccleston's Doctor was dark, angry, a pessimist trying to put on a cheerful face, Tennant's Doctor was lighter, somewhat less pessimistic with some angst at being the last of the time lords but not letting it get in the way of saving his beloved Earth from invasions and monsters. 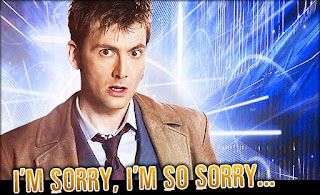 The last specials from Tennant to be aired this year should make for some excellent watching when we all know these are his last in the role. I will miss his personnae more than I missed Eccleston's. Tennant has something very appealing about him. At least Rose got to keep her Doctor.
Posted by MarieAnge at 6:07 AM

Hey, no problem at all. Pretty fast and easy to make too - some of my "I made these in front of a TV" knitwear.